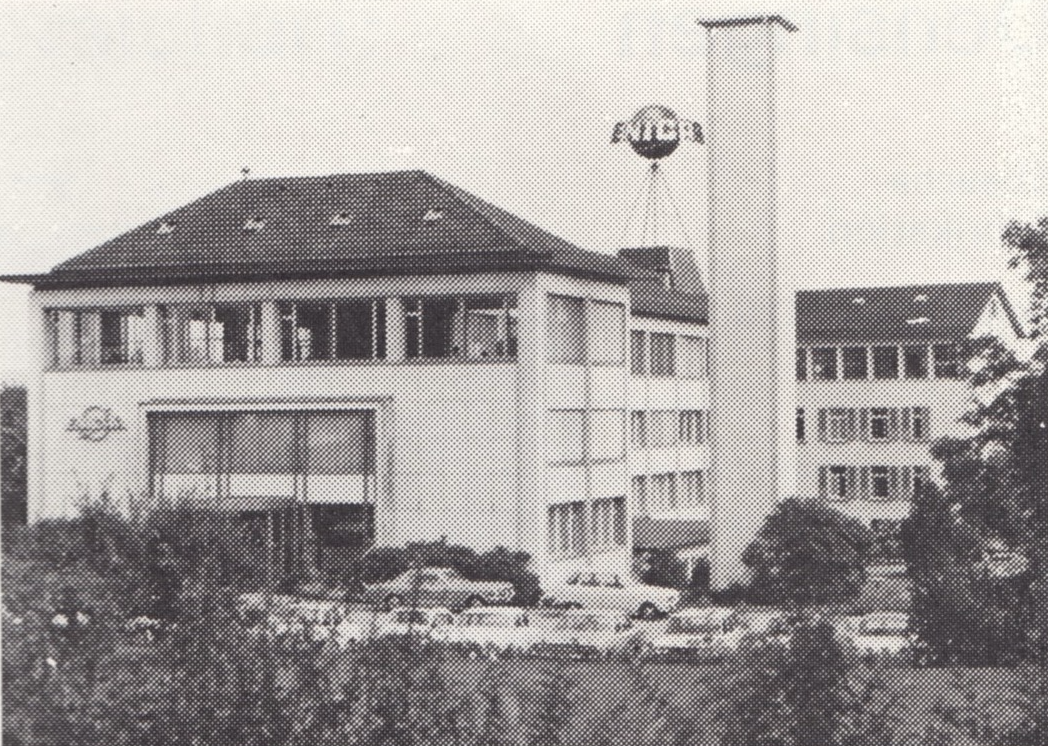 For me, the Saturn logo might be one of the most appealing aspects to Enicar. I just love the simple but effective outline of this giant planet on the dial. There is a lot of symbolism to it. Words like ‘infinity’, ‘space’, ‘time travel’ and ‘universal’ come to mind.

The Saturn became Enicar’s brand symbol somewhere in the late forties or early fifties, as far as I can tell. As a logo, the illustration of the sixth planet from the Sun has undergone some changes through the years (more information can be found here). But why did Enicar founder Ariste Racine choose Saturn to represent the values of the company? For a long time, this was totally unclear to me. The answer popped up in the brand’s second issue of the corporate magazine (appropriately named ‘Saturn’) from April 1955.

In a one page article, the editor of the magazine explains what Saturn actually means for Enicar. “Der merkwürdigste Stern im Planetensystem its der Saturn”, the writer notices (Saturn is the strangest planet in the galaxy). It was discovered by Galilei in the year 1610. For Galilei and his fellow scientists Copernicus, Newton and Kepler, the star system formed the fundament of time calculation. For Enicar, the Saturn ‘Firmazeichen’ refers to the scientific aspect of measuring time (‘Genauigkeit der Zeitberechnung’).

Okay, this association is actually not that mind-blowing. But the story continues. According to the author of the piece, there is also a second explanation. “Die zweite Beziehung ist rein menschlich und grenzt fast ans Göttliche: es ist die Beziehung der Enicar und all seiner Menschen zu den Sternen und zum Lichte hin”. Roughly translated: Enicar watches and the people who create these time pieces, are like the gods of the universe. I know, it’s a lot to digest. It makes me wonder if this statement was the official corporate vision, or only the poetic nature of the author. It’s fascinating nevertheless.

It’s safe to say the Saturn symbol was of great importance to Enicar. When the management of the firm wanted to expand the facility in Lengnau in the second half of the fifties, a plan to put a huge Saturn globe on the roof was added to the request for a building permit. It would take two years before the Lengnau authorities approved this rather unusual application. Former Enicar employee Ernst Abrecht remembers: “The globe was so enormous and expensive, mister Racine had to use the funds that were reserved for annual bonuses to pay for the thing! For me, it meant that I had to postpone my wedding for a year, because I was very much counting on this bonus.”

On the ‘Kugel’ (ball) there was a ring attached with the brandname on it. Because Swiss law prohibited a light sign, the ring was equipped with a motor to make it rotate. That way, it would grab the same amount of attention as a light sign, the management probably figured. Advertising wise, a good idea. But it worked a bit too well, because Lengnau authorities received plenty complaints of motorist who claimed they were getting too distracted when passing the building. The ring around Saturn was stagnated. And -fast forward – in 1982, the word ‘Enicar’ was replaced by ‘PUMA’. It meant the end of Enicar S.A.

In 2019, the factory building and the metal globe are still there. It’s a striking reminder of the brand that time forgot.

The first chapters are ready!