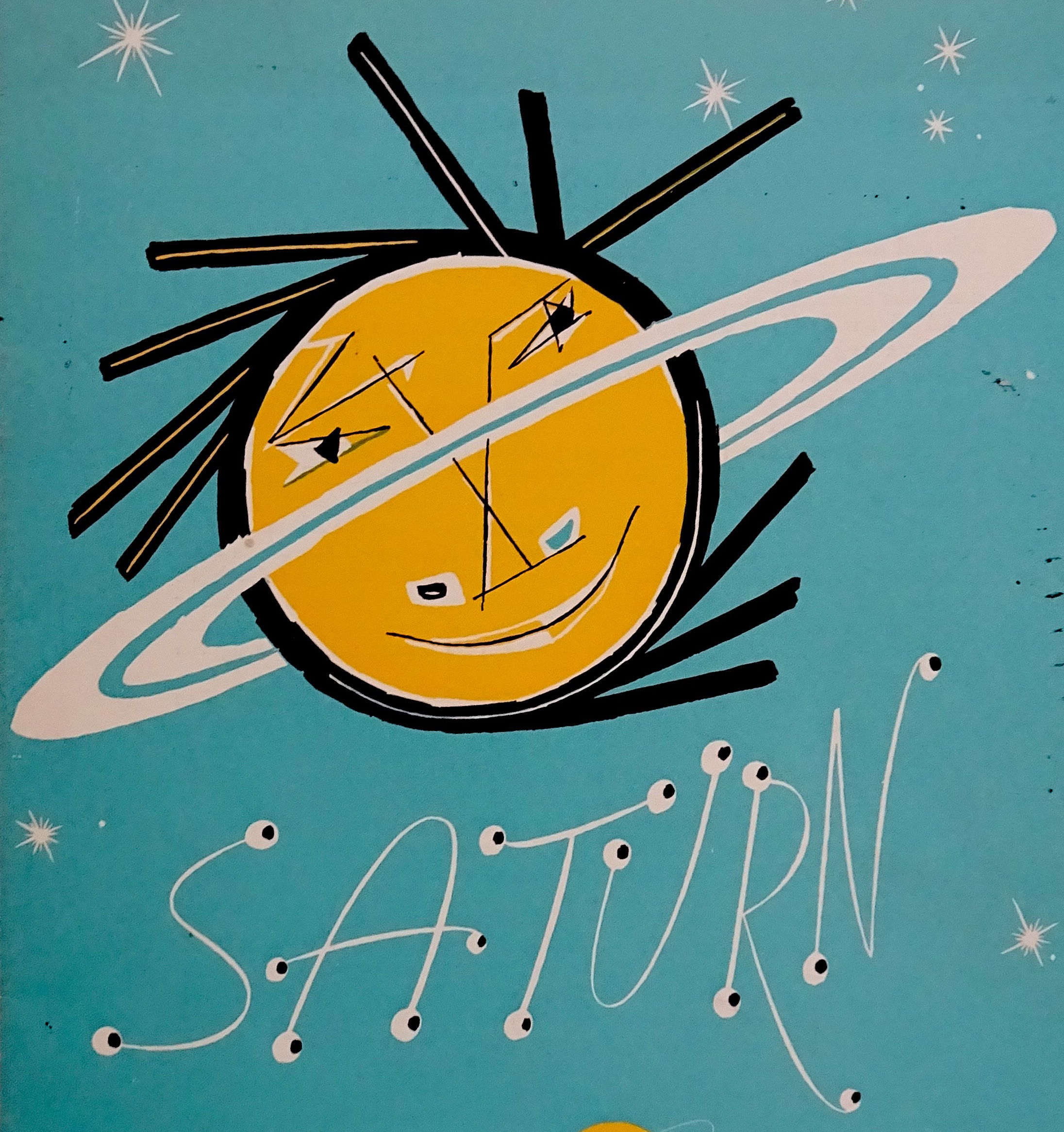 The first week in Switzerland I spend most of my days in Biel. In my second week, I visited Lengnau several times and I spoke again with Donato Silvestri, the ‘Anlagewart’ of the building on Soloturnstrasse. I also interviewed two former employees of the firm. And as a grand bonus, I got to meet with mister Ariste Racine, grandson of Enicar founder Ariste Sr. and son of Ariste Jr.

Before I’m going to write about all that, I want to mention a meeting a had with the owner of the antique book store in Biel, mister Daniel Thierstein. He explained to me the reason why it is so difficult to find out what really happened with Enicar in the end. As we all know, the story of the bankruptcy is not easy to unravel. Daniel pointed out that the Swiss watch industry has a hard time coming to terms with what actually went down in the mid seventies. While they knew that a revolution was inevitable because groundbreaking, cheap and mass produced quartz watches were coming from the Far East, the Swiss manufacturers of mechanical watches refused to accept the turn of tides. You could say everyone put their heads in the sand. With everyone I mean all involved: the watch brands, the local and regional politicians, the banks and even the factory workers.

To quote Daniel: “Even today, when the Swiss talk about their watch industry in that period, it is always the good news show. It’s about the heroic Nicolas Hayek and his Swatch Group. Its only been recently that research journalists and economists are digging deeper into the matter, which is not an easy task as many archives were deliberately destroyed.”

On Monday I had the pleasure to talk to Donato Silvestri again. I introduced him in my previous weblog and he was again very cooperative and talkative. Donato explained how he started by Enicar as an Italian speaking technician and was given the opportunity to develop himself to become an all round engineer who could read and speak German. You see, in the factory, German was the main language. So people like Donato were educated during working time to learn German. Also his technical skills were further improved ‘on the job’. In the video below, he proudly explains how he and his chief automated a device that was used in the quality control department.

A few very interesting photo’s were put on the table by Donato. These give a nice inside view of how life in the factory must have been like. Apparently mister Ariste Racine Jr. was a true ‘Patron’, meaning he took very good care of his employees. When he was not out for business, he was among the workers on the production floor, being interested in their specific jobs and padding shoulders. “He was like a father, and my colleagues were me family”, Donato vividly recalls.

This family feeling was displayed in the Enicar ‘Hauszeitung’ (company journal) named ‘Saturn’. In this magazine, one could read all about what was going on in the firm: who got married to whom, who’s birthday was coming up and who had recently become a mom or dad. But also technological innovations were explained, as well as the developments in Enicars key markets and many social and political subjects.

Enicar had its own corporate journal for many years.

An article about the importance of foreign employees.

Colleagues from the two factories meeting each other.

On Tuesday, I had the pleasure to interview mister Ariste Racine (thank you again mister Hans Renfer and mister Max Wolf for getting me in contact). We met at a restaurant in Biel. I recognized mister Racine by the Graphomatic on his wrist. He is currently 73 years  old and entered Enicar in 1969. We talked about many high lights for the company, like his 1972 business trip to China, Enicars biggest market. “You couldn’t get into China as easy as you can today. It was still a very closed Communist country with a problematic infrastructure. So we first flew from Switzerland to Shanghai with Air France. There we had to go on a dated Russian Topolev aircraft to reach our destination. Not exactly ‘business class'”, Ariste recalls.

I interviewed mister Racine for about two hours. He was very open and had fantastic anecdotes to share about the type of business that was done in China (300.000 pieces per year in the top years), the changes the firm went through during the sixties, the connection between Enicar and the world of professional sports and the financial support Enicar gave to the local sports clubs in Lengnau. But he also hinted at a problematic relationship with his father, who passed away in 1994.

When I brought up the final phase of Enicar in the mid eighties, the tone of the conversation changed. It became clear to me that this subject is extremely difficult to discuss. All mister Racine wanted to share about it was that he contradicts the common version of the bankruptcy story. In his view, Enicar went through a transition phase in 1984 and a Hong Kong based investment company was involved. Personally, he has closed this chapter of his life. The word he used, ‘Lebensabschnitt’, illustrated his feelings very clearly.

So, what are my thoughts, you may ask? Let me say for now that this story is far from over for me. I have found some very, very interesting pieces of the puzzle. You could say I tracked down the evidence of what really went on in 1984. This story deserves a full report or perhaps a full chapter of a book, hint hint.

On Thursday, I went back to Lengnau to meet up with Heinz Rollier (73) and Ernst Abrecht (85). A big thank you goes out to Jérôme Gugler for making this happen! These former employees had amazing stories to tell. Heinz joined Enicar in 1961 as a trainee, to become an ‘Industrie Uhrmacher’. “My father worked at the Enicar factory. Mister Racine Jr. asked my father to bring me in. There was really no discussion, you just did what was asked”, says Heinz. For four years he learned the basics and he stayed with Enicar for another 5 before moving on to Heuer.

In the video above, he shows a piece of fabric that his father, as well as all the other employees, were given by mister Racine Jr. as a souvenir of one of this successful business trips to China. It’s a depiction of the Chinese wall. Ernst recalls that he framed the one he got.

Ernst started working at Enicar in 1953 and stayed with the company till 1984. That’s right, he worked there for more that 30 years! For that, he was given a solid golden watch with inscription. Below he points out his place in the laboratory, sitting side to side with over 70 colleagues, for six days in a row, beginning at 07.05 AM and finishing off at 17.30 PM. He worked his way all up to become a quality control manager.

Ernst was very open about the way things changed for Enicar in the mid seventies. The Chinese market started to become complicated and there was even a complete import stop. This lead to the dismissal of hundreds of employees and serious financial problems, to the point where suppliers of watchcases, dials and hands could no longer be paid. Also the energy bills got piled up. I found a story in the local news paper about pension savings that Enicar was obliged to reserve were used to keep the production going. Salaries were not always paid. And still the employees went to work every day and did their shifts. They knew about the dark clouds that were hanging over Lengnau but carried on anyway. “We had no choice, the company was our life. You might say we hoped against hope for things to turn around”, says Ernst. In the end, the 200 employees that were still working at Enicar got laid off in November 1984. Ernst: “I had to find another job, which was not easy at my age, in a region with a struggling industry.”

Despite his deep emotions about the downfall of Enicar SA, he is still full of respect for the Racine family and everything they did for the Lengnau community. “For instance, Ariste Racine Jr. funded the Lengnau gymnastics club very generously. He understood the importance of social awareness and participating in the daily life of his employees. We did have a good life. We really did.”

My last week in Biel and Lengnau is coming up. I will interview the mayor of Lengnau and hope to get an impression on the impact Enicar has had on Lengnau during the seven decades it was in bussiness. To be continued.