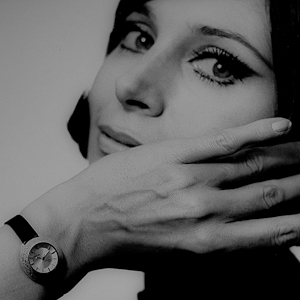 Enicar is the kind of brand that produced numerous models, but only a handful are popular with collectors nowadays. The brand shipped millions of relatively cheap (but very reliable) watches to China, Russia and Indonesia during the fifties till the eighties. Most of these were simple time keepers and have been laid to rest (not rust) decades ago, though once in a while a good looking piece pops up on eBay.

It is said that around a hundred different Sherpa models were made. The name ‘Sherpa’ adds value to the watch instantly, but even the Sherpa line has its lesser gods. As I showed in my Watch Value Barometer in January, the Sherpa chronographs, GMT watches and divers are pricey and hard to find in the kind of condition collectors yearn for. The most affordable regular Sherpas from the late seventies and early eighties on the other hand, are not your typical prom queens. One of the reasons might be that Enicar renamed a lot of their ordinary Star Jewels watches to Sherpa (or just planted Sherpa on the dial next to Star Jewels) to push sales up. We’re talking early eighties and end of days for the brand, so it’s understandable. Besides, quality of the movement and case were outstanding. But still it feels a bit like cheating…

The Sherpa Star models, that were introduced in the mid sixties (1965 to be exact) on European watch fairs, are a whole different story. Now, these Sherpa Stars are not in the top five of most Enicar enthousiasts. Maybe they will never be. But I think they are very under appreciated to be honest. To illustrate my point: the Sherpa Star was more expensive in the late sixties than the Aqua Graph and the OPS!

The Star models offer great quality in the way they are build. They are equipped with in house developed movements from the AR140 and AR165 series. Design wise, it may not be for everyone’s taste, but that is exactly what I love about this model line: it’s not for everyone. Bold choices were made. So let’s take a look.

The photos above were taken from a brochure. Enicar produced the Stars in three different sizes, aiming to please both women and men. There were also many variations in case shape and material, choice of bracelets, dials and hands sets. All Star models have a dial that shows incredible depth. The outer ring with the markers goes smoothly over in a circle that shows the brand and model name. Date versions have a window on the 12 position. It’s a long way down from the edges to the number. Day-date versions have a second window above the 6 position. This may not be very spectacular on a technical level, but it looks like a million bucks.

As usual, the quality of the cases is great. They are beautifully sculpted and many have awesome texturing. A lot of effort was made to match these with the right bracelets. The one in my collection has a textured NSA bracelet that fits the watch perfectly. At the lugs, the bracelet seems to smoothly blend over in the case. Well done! The sapphire glass must have been the icing on the cake. Even the supercompressors like the Super-Dive or Super-Jet didn’t have this kind of quality crystals.

How did Enicar put these Sherpa Stars in the market? It looks like they had no real focus. I’ve seen the Sherpa Star appear in a print advert with the copy line “The 20th century watch for all occasions”, which I would translate as “We have no clue”. In other adverts, the watch was “A worldwide succes”, “Precise, elegant and strong” and, my personal favorite, “A babe magnet”. Choose your pick. I wear my Sherpa Star as a sports watch, or with a business shirt. If your wrist is the right size, you can’t go wrong.

“That watch makes him irresistible”

As we’ve come to get used to, Enicar introduced some ‘strange’ watches that didn’t quite fit the Sherpa Star formula. But they named it Star anyway. You gotta love that. I’m talking about the Sherpa Star Diver, a watch that has already featured on this weblog. This bad ass dive watch may well be the largest Enicar ever made, with an outer bezel ring that can be worn as a crown by any full grown man. Also worth mentioning is the square case Star that is pretty large too. Guess there is an Enicar Sherpa Star for everyone after all. Till next time watchfam.