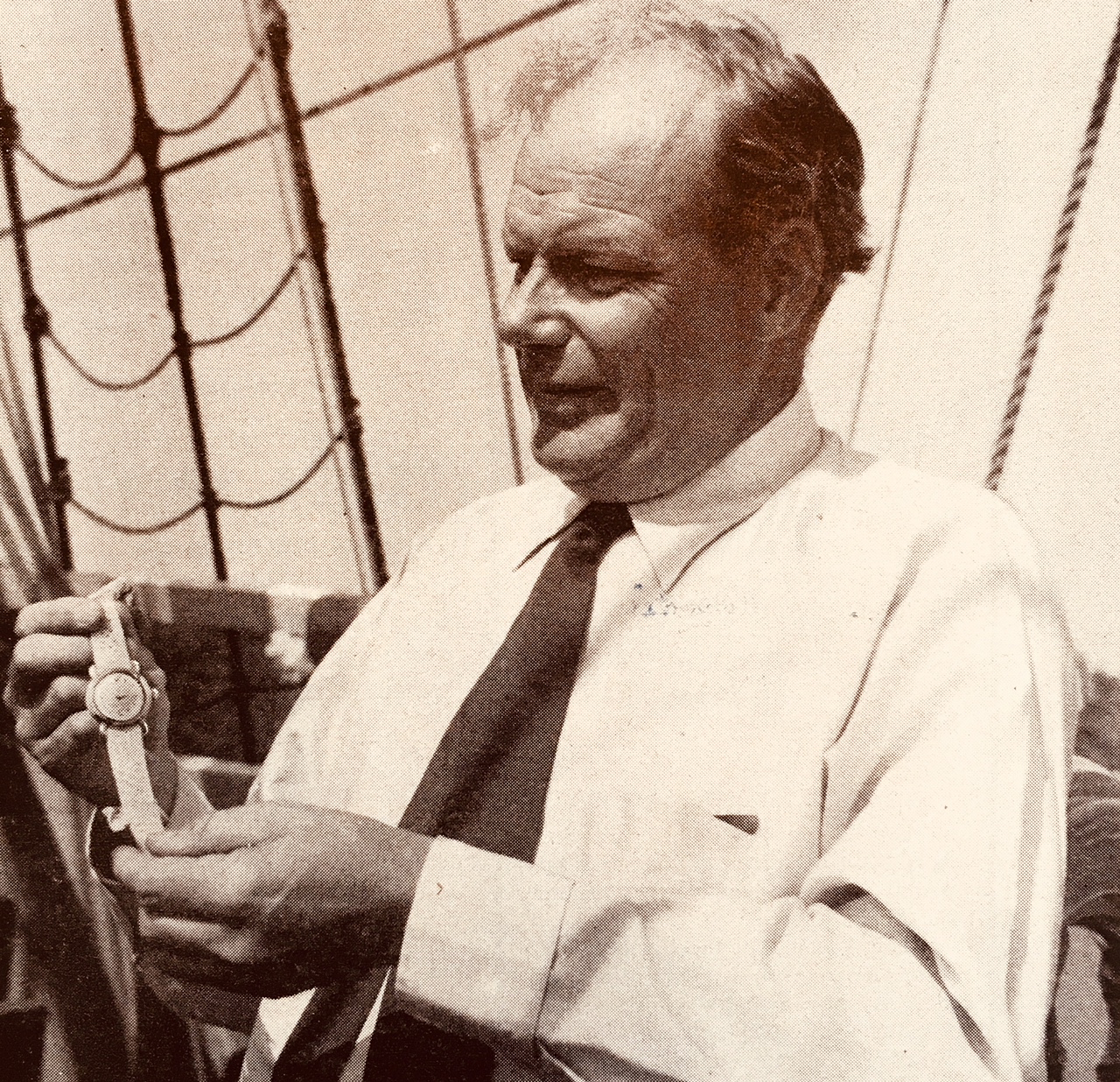 Publicity stunts have always been a creative way for brands to get attention. I clearly remember the advertising campaigns of the Italian fashion brand Benetton in the early nineties (you may recall their advertisement with a dying Aids patient), the PepsiCo spots with Michael Jackson and the very convincing TV documentary about the legend of the Blair Witch.

Back in the fifties, Enicar already knew that it would take more than a couple of nice watches to shake up the market. In a time where most brands only talked about their product benefits in cheesy and mostly dull adverts, Enicar launched some inspiring brand stories. The most famous is of course the story about the Swiss Expedition set out to conquer the summit of Mount Everest and the Himalayan Ranges in 1956. I will definitely write a blog post about this in the near future, since I recently got my hands on the original booklet covering this expedition. The other story is about the voyage of the Mayflower II.

Before we set sail, let’s talk a bit about the Enicar dive watches. Those who follow my reports are already familiar with the specific type of watch case used by Enicar: the EPSA bayonet supercompressor case. The earliest known Enicar watch with the EPSA case is dated 3-55 (Swiss Patent Brevet + 98243). The success of the early bayonet style compressor case lead to the reinforced Seapearl case using the Brevet + 98243 patent and adding “N” code reinforcements to the case symbolizing increased water resistance to 600 feet or 100 fathoms as in the Enicar Seapearl 600 or Enicar Healthways 100 Fathoms.

As early as 10-57, EPSA combined the Brevet +98243 features and “N” code reinforced Seapearl designs and offered their first Enicar Super Compressor associated with Swiss Patent 314962. Many subsequent Seapearl, Sherpas and Sherpa models utilized this patent and are so marked on the case back through the late 50’s to mid 1960’s. Over time, Enicar became EPSA’s largest customer.

So, to prove that watches with these high quality cases were virtually indestructible, Enicar came up with a publicity stunt that would top the Everest quest (top, Everest, wink wink). This was the idea: let’s attache a Sherpas Automatic to the keel of the Mayflower II and see if it still ticks after 50 days and nights in the Atlantic Ocean.

The Mayflower II, a replica of the 17th-century ship Mayflower, celebrated for transporting the Pilgrims to the New World, made a historic journey celebrating the 337th anniversary of the original voyage from April 20, 1957 to July 1, 1957. During the trip, the Enicar Ultrasonic Sherpas chronometer didn’t bust, leak or lose time. Or to quote Captain Alan Villiers: “This watch is magnificent. It withstood all the punishment the sea and ship could give it. It took such a beating that the ship’s sides are scarred where it constantly struck them, in its iron cage. Little barnacles grew all around it. But it always went, correctly, and it still goes now.”

Interestingly, the ship’s Captain, Alan Villiers, was also an author of 44 books, adventurer, photographer and mariner. He commanded square-rigged ships for films, including Moby Dick and Billy Budd. Having this guy on board is almost a publicity stunt on its own.

Did the advertisements, articles and free publicity about the Mayflower II stunt result in bigger sales numbers for Enicar? I can’t tell you. I don’t have official records, though I’m sure Enicar did profit, because the fifties and sixties were the golden decades for the brand. But I can tell you this. The story made a big impression. I was actually made aware of it by a watch collector on Instagram. He told me he knew about Enicar’s legendary sea voyage, because his grandfather couldn’t stop bragging about it. Of course he was the proud owner of more than a few Enicars. “Now that’s quality son!”