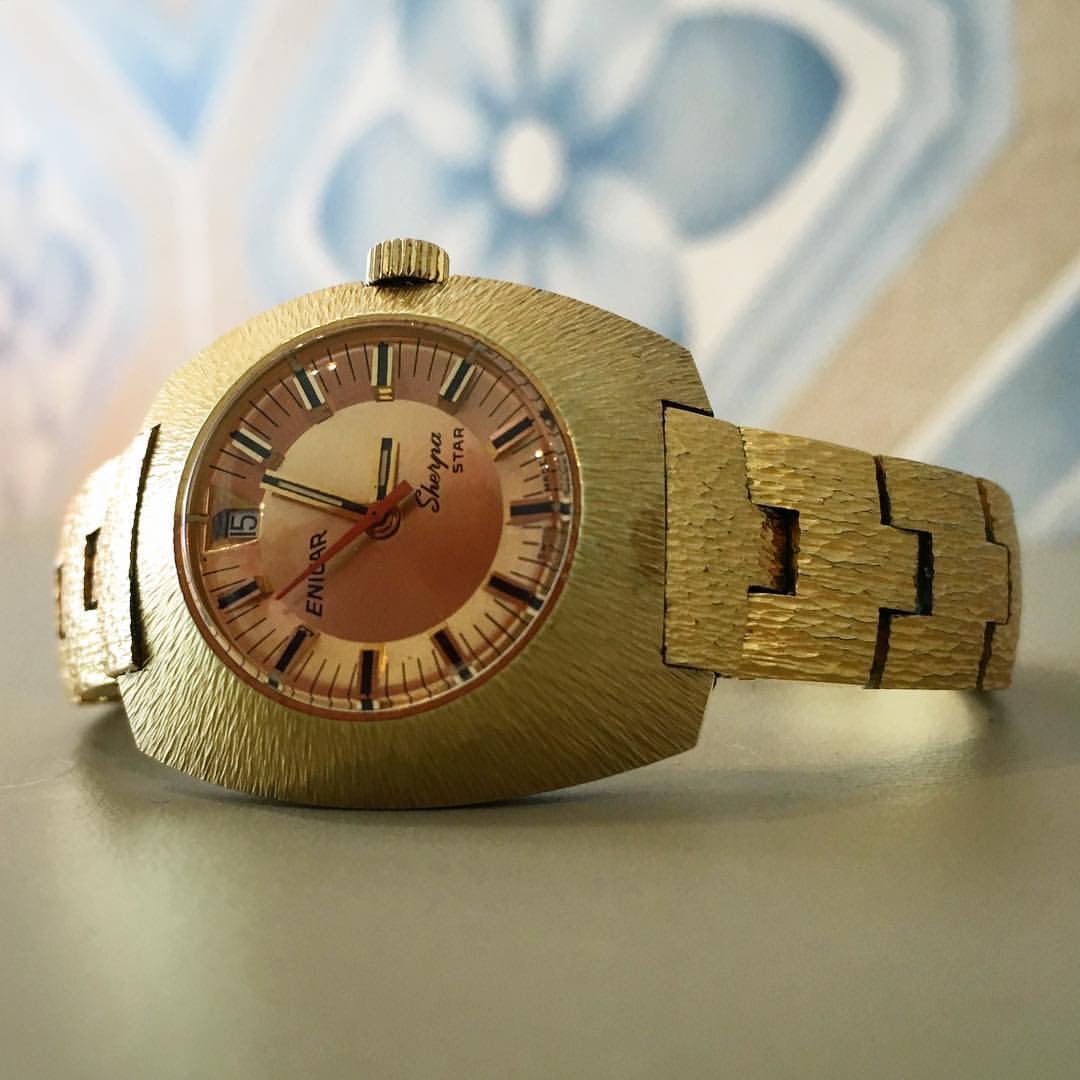 The watch world is dominated by men. There, I said it. Watch journalists, websites, forums and resellers almost exclusively focus on big, hairy wrists. #metoo. Why is that? Are men the target audience because a watch is the only widely accepted piece of jewelry they can wear? Could it be that women just don’t care that much about watches? Is the only good watch a big case watch? Are men bigger spenders? I honestly don’t know.

In the past, many beautiful ladies watches were produced (especially during the fifties and sixties), but they hardly get any attention nowadays. One of the most amazing collections was created in the early seventies for Bulova by fashion designer Christian Dior. The French brand LIP also deserves mentioning for their beautiful, daring and colorful creations (Pieter Doensen has written the excellent overview ‘Watch; history of the modern wrist watch’ which covers a lot of ladies designer watches). And of course Enicar made some fabulous designs too. This blog post is for the ladies of Enicar.

The watches below are from my personal collection. Correction: from my wife’s collection. I’m pleased to say she wears these regularly (except for the medallion watch, because I didn’t give it to her yet). She prefers the late fifties, sixties and early seventies models with small cases and bracelets that are integrated into the case. In my opinion these watches are classy and very feminine. The fun part is they look stylish but they are cheap as chips. For less than a hundred Euros you can find these beauties online. Compared to shoes, this is a better investment (I realize I’m very, very close to getting hatemails and trash comments now). Anyway, for a small amount of money you buy yourself a genuine Swiss made watch in stead of a plastic Michael Kors time piece. A watch that is reliable, classy, shiny and build by the coolest brand in watch history.

This lady is looking for a bracelet.

luxurious, but not overdone.

Silver metal band and blue dial are a good marriage.

Schmuck on a necklace.

The movements in these women’s Enicar watches are usually in-house produced AR calibers. I did not come across many automatic movements yet. A word of advice: these tiny calibers are easy to overwind. It happened to my wife twice already. The good news is they can always be fixed. But considering the economical value of these ladies watches, a repair can be more expensive than the Enicar itself.

In the Netherlands, 150 Euros is not an uncommon figure for a cleaning and a new spring. If your watch maker is prepared to proceed, that is. One of the most bizarre experiences I had was when a watch maker advised me to replace a defect mechanical movement with a battery. “No one will ever notice”, he said. It did not make me laugh.

Hers and his, both eighties.

The easiest way to produce a ladies watch must have been downsizing an already existing successful men’s model. This was apparently what Enicar must have been doing, if you take a look at the pictures below (these are actually very nice, but I like the men’s versions better). Enicar did the same thing to a couple of Sherpa models.

The Enicar Sport, but smaller.

Sherpa Star and Diver for him and her

The Sherpa models were, as most watch collectors know, Enicar’s high-end line. These days the 36mm models, like the Sherpa Jet or Sherpa Divette, can be easily worn by women (the other way around is a no go guys). Even a 40mm chronograph suits the wrist of a modern woman very nicely. But in the past, these watches were strictly targeted to men.

Enicar did produce a couple of Sherpas for women. The best examples are the mini-DIVE, as shown below in an Enicar catalog from the early seventies, and the Sherpa Star, depicted below but also on the top of this blog post. These watches look very similar to their big brothers, don’t they?

Top: mens versions of the Sherpa Star. Below: the mini-DIVE.

In the same catalog (thanks for sharing Romuald) you can find some wild, close to over the top period pieces. I wonder if they can ever be worn without the Bee Gees ‘Night Fever’ playing in the background. But hey, they look awesomely creative and some are pretty rare too. Something that is painfully lacking in today’s watch industry, where we only see re-issues, larger than life plastic watches and cheaply produced boring stuff. I won’t go into the dull looking time pieces the ‘new Enicar’ currently brings to the Chinese market. Maybe in a next episode. Maybe never.

Thanks for reading gentlemen (and hopefully a couple of ladies too). Keep collecting those vintage Enicars en wear ’em proudly!