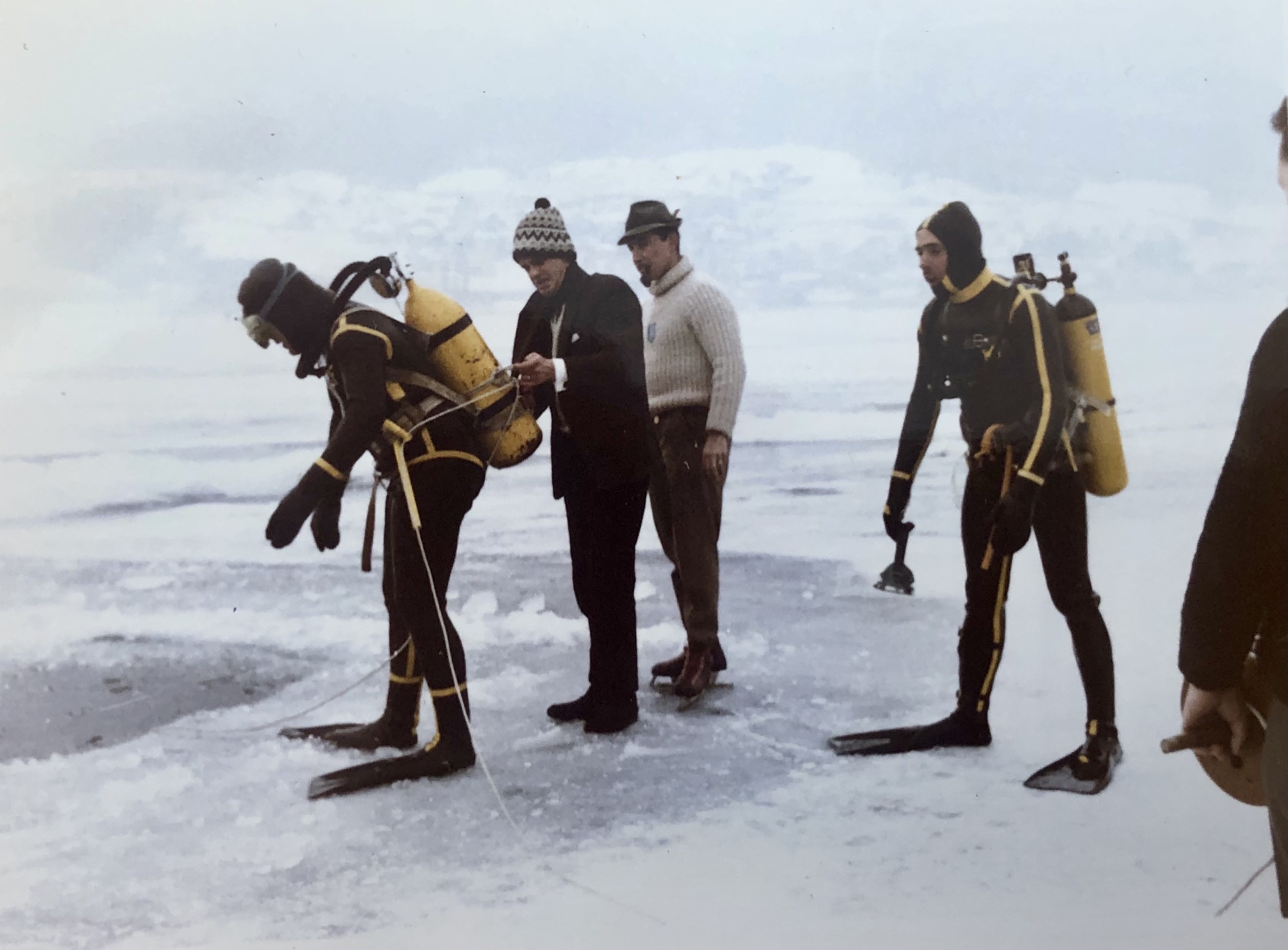 The great thing about the social media times we live in, is that collectors from all over the world are connected and interesting information is widely shared. Sure, the Enicar community is still a niche compared to fans of cute kitten video’s and awkward TikTok dance moves, but on Instagram brand related posts are certainly picked up.

A short while ago, vintage watch collector Nic (@milos_columbo on Insta) posted a story about a very special Enicar Sherpa Super-Dive with a direct connection to the city police of Biel, Switzerland. It is a well documented story and I am pleased that Nic kindly agreed to publish it on this website. So all credits go to him and to the former owner of this intriguing time piece that has seen some serious action.

The 1965 Super-Dive depicted above belonged to Eduard S. who lived with his family in Magglingen above Biel. Eduard worked for the Federal Gymnastics and Sports School in Magglingen for a long time. He also ran a diving school/diving club together with other divers. In the 1960s he was asked to train police divers as an instructor and to help build up the professional diving unit of the Biel police department. According to documents from the Seepolizei Bielersee, policemen were trained to be (rescue) divers, and, from 1966, were responsible for oil trust operations and the technical inspection of ships.

According to his son, Eduard had the hands of his Super-Dive tool watch changed, because the found the under water readability of the original hands to be insufficient. Broader hour and minute hands with considerably more lume were fitted and the original thin silver colored seconds hand (lollipop) was replaced with an orange triangle one to ensure more contrast.

It is not fully clear if the Biel police divers wore Enicar dive watches too. However, we do know for a fact that Enicar was the brand of choice for the Zürich police divers. A 1964 article in Saturn magazine mentions that the ‘Zürcher Seepolizei mit Enicar-Sherpa ausgerüsted ist’.

According to his relatives, Eduard performed an enormous amount of divings during his professional career and was diving in almost all seas of the world. The Super-Dive most likely accompanied him on most of these trips. Nic: “Eduard’s son also showed me the watch that replaced the Super-Dive in the 1990s. So I assume that the Super-Dive was in use for 25 – 30 years.”

After finding the watch, Nic had it restored. Nic: “After my purchase, I decided to keep the watch as much as possible in its original condition. I struggled for a long time if I should leave the modified hands, but finally decided to mount the original ones again.” For the necessary movement overhaul, Nic relied on the skills of mister Heinz Rollier from Lengnau. Yes, the same mister Rollier that worked in the Enicar factory as a watchmaker for a number of years (and later for Heuer, Radon’s and Chronoswiss) and who also appears in the Enicar book.

To wrap things up, it is great to see Enicar stories like these coming to the surface. I can only imagine what other polices departments (or fire fighters, rescue crews and paramedics, to name a few) depended on Enicar watches in their everyday work. If you happen to own an Enicar with an interesting background story to share, please do not hesitate to send me a message.