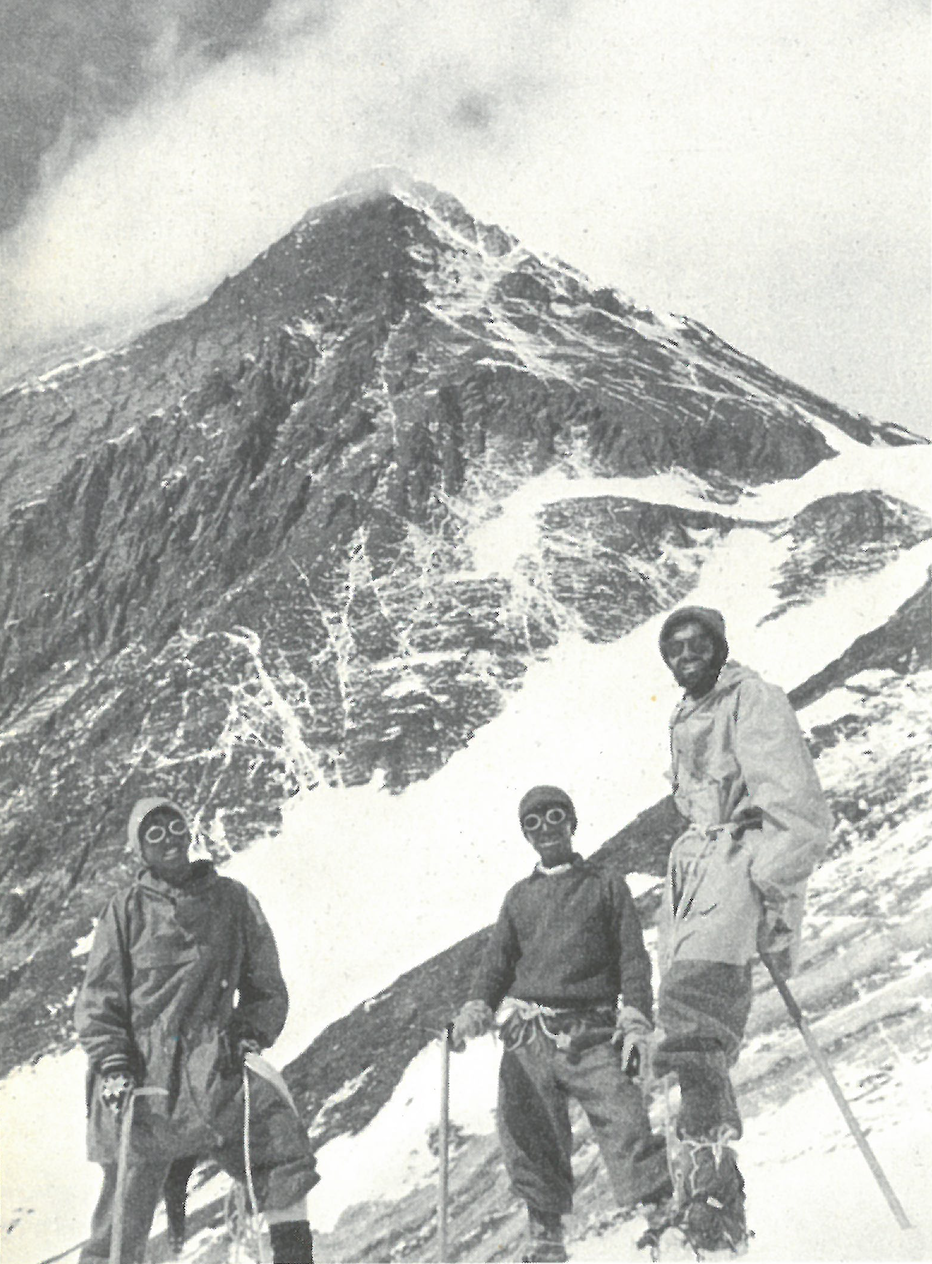 Of all watches Enicar has produced in the past, the Sherpa model line is the most popular with collectors. In the fifties and sixties, ‘Sherpa’ was a sign of top quality: these watches had the best cases, best designs and best movements Enicar could provide. In the seventies, Enicar started to add the word Sherpa to many of their lesser quality watches to stimulate sales. In the end, they virtually named anything Sherpa, even the Star Jewels models for the masses. So if you spot an Enicar that shows Sherpa Star Jewels on the dial, don’t be surprised.

The 1956 Swiss Expedition to the Mount Everest and Lhotse marked the birth of the Sherpa. The expedition was equipped with Enicar Ultrasonic ‘Sherpas’ (the ‘s’ at the end is not a typo) watches. Below you can see when Enicar patented the various names and slogans for the Sherpa (thank you for sharing Romuald Kociuba).

It is documented that the watches worn by the Swiss alpinists kept accuracy during temperature changes from minus 49 degrees to plus 113 degrees Fahrenheit. They withstood the most extreme air pressure changes then known to mankind. To quote the advertisement from 1956: “The Enicar Ultrasonic ‘Sherpas’ proved accurate and reliable timepieces despite the effect of cold, snow, ice and water. They truly deserve the name ‘Sherpas’, faithful and relentless as a Sherpa.”

The Sherpas watch used in advertisements

The super compressor watches above, Healthways 100 Fathoms and Seapearl 600, are not exactly the same as the ‘Sherpas’ used by the Swiss Expedition, but they are for 95% identical: solid EPSA case, huge radium painted markers (Enicar had their own radium factory), crazy hands and turtle lugs. The diameter is 34,5 mm and the lug width is 18 mm. Inside is an AR1010 movement.

Enicar published a full color booklet of the expedition, as a tribute to the Swiss team. It is an illustrated account of the climbing of the worlds two highest mountains. I purchased this antique booklet from a British book store and will share it in this post, cause it is actually a very nice and unintentionally funny read.

It must be cold up there…

The expedition was led by Albert Eggler. He knew that he couldn’t pull this off by himself, so he and his fellow Swiss alpinists got the “primitive Sherpas” who lived in the valley of the Mount Everest and the Lhotse to guide them. Not sure if and when he mentioned the 10 tons of baggage they had to drag along on their “primitive backs”.

Since the means of communication were very limited, “the different camps had to exchange metrological reports by telegraph. The precision of their watches guaranteed the perfect running of this telegraphic service.” Now that is what I call great storytelling from an advertising point of view.

On March 21th 1956, Eggler and his team reached the mountain village of the Sherpas, Namche Bazar (is it me, or does that sound like the name of a tourist shop?). The next stage was the foot of the Khumba glacier. Quote booklet, and this kind of copywriting was very common in the fifties: “Always gay and reliable, the Sherpas – often accompanied by their wives and children – cheerfully took into their stride the carrying of their 30 Kg. of baggage as far as the base camp.” Cheerfully, I’m sure.

Alpinists Fritz Luchsinger and Ernst Reiss climbed to the top of the Lhotse on the 18th of May. With its 27,890 feet, it was the highest mountain on earth yet unconquered. “A hearty comradeship and trustful and well-timed co-operation among all the participants had permitted this triumph.” The Lhotse was defeated, next came Mount Everest.

The next days, Ernst Schmied and Jurg Marmet climbed towards the south west ridge accompanied by four Sherpas (the people I presume, so six if you count the watches too). Finally, on the 23th of May 1956, Schmied and Marmet “gazed in wonder” at the indescribable spectacle before them from “The Roof of the World”.

Final quote: “They will never forget the indefatigable Sherpas, sturdy and joyous, who always merited their confidence while carrying their loads towards the heights in spite of wind and storms.”

So the big question is: did the Swiss Expedition leave a big box of Enicar watches for the sturdy and joyous Sherpas as an expression of their gratitude?

I guess not. But at least this Sherpa got a nice glimpse of one… Till next time watchfam. And remember to take good care of your Sherpas.

Coming up: The handsome cousins of the Sherpa Graph