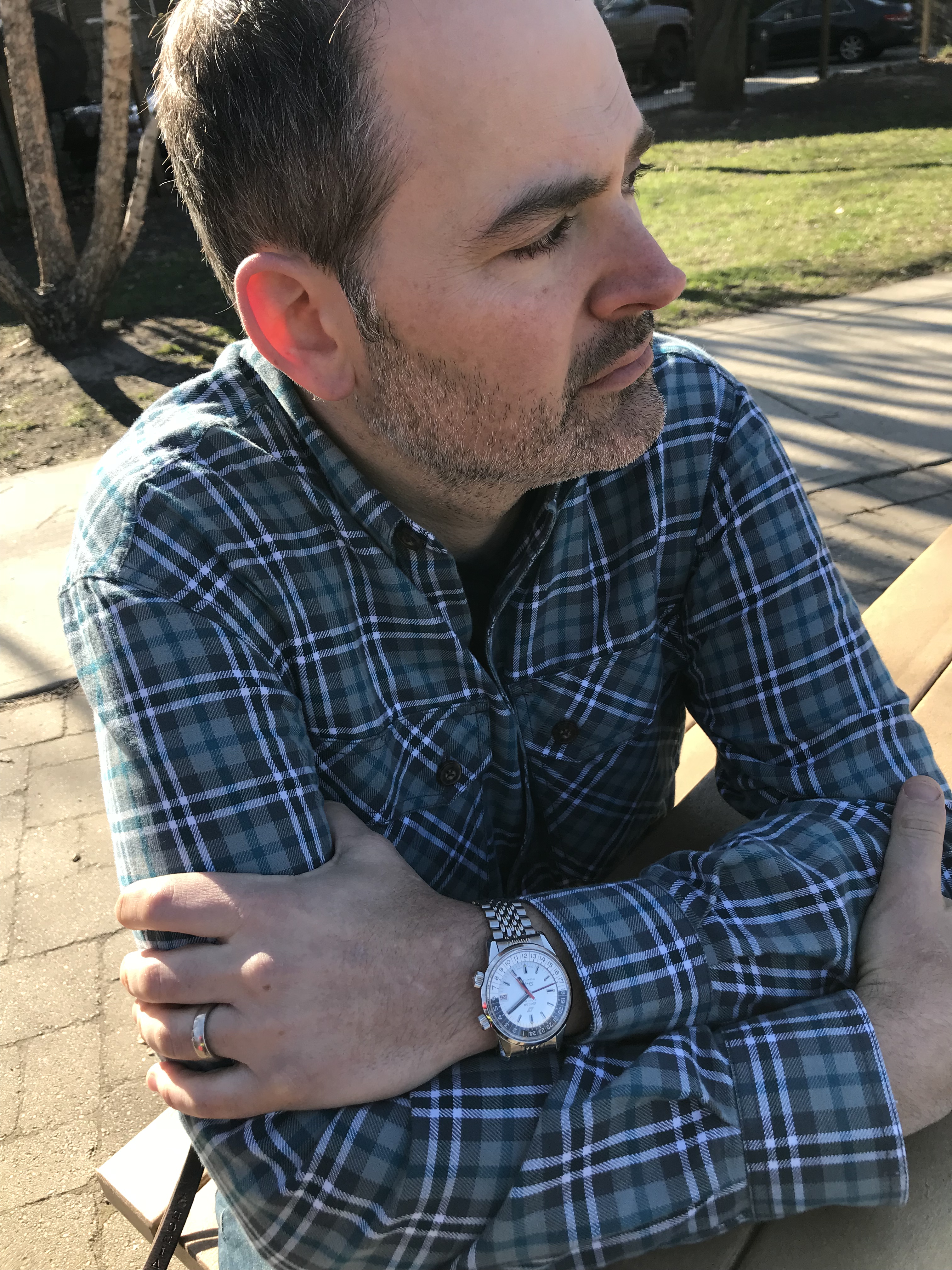 In my last post, I presented four of the biggest Enicar collectors around. In this episode of the nicest distraction from serious work, I give you another four Enicar fanatics. You will probably know these fellas by their social media activities. If not, do yourself a favor and check out their Instagram, weblog or Facebook. Cause these Enicari have a lot of knowledge about the brand and large collections that need to be seen. In the wacky world of Enicar, their expertise will definitively come in handy if you’re looking for facts, figures, spares or a nice watch chat.

Romuald is a well organized collector with a broad perspective. His watches are all accurately documented and his collection is vast to say the least. He basically likes everything that carries a Saturn logo, so his collection covers all the decades the brand was in production. He slightly prefers the fifties and sixties models that are signed ‘Ultrasonic’. In other words, the distinguished (often oversized) dress watches and non-Sherpa chronographs.

Romuald loves to share his passion with other collectors on the various watch forums. He is quite generous too. I received a whole bunch of Enicar advertisements, brochures and service manuals from Romuald, so I very much appreciate this man who claims Enicar is “his second name”.

Pick me, pick me

One of the most recognizable collectors out there is maestro Vincent from Chicago. This restaurant holder likes to take pics of his vintage watches as they peek from under one of his countless flannel shirts. Nothing wrong with wearing flannel of course, cause these shirts make great polishing cloths for watch crystals 😉 I’m probably just jealous of his beautiful 40mm case Enicars. In the photo above, he’s wearing his beloved white dial Super-Jet from 1968 (or is it 1969?), which happens to be one of my all time favorites too. Having it paired with a beads of rice bracelet with curved end links is what you may call ‘the icing on the cake’. One of these days I’m gonna ask Vince to make me an Enicar pizza.

Where is Chris, you will probably ask. Well, the photo above may not show his face, but it does show the man. Chris is a connoisseur of coffee, rum, cigars and vintage watches. The Enicar on the photo is not his usual weapon of choice. You see, Chris is all about Guides. Longs lugs Guides, short lugs Guides, MkI, II and III, wild colored chapter rings or just black ‘n whites ones; he has ’em all. I think he now has approximately 15 to 20 Guides in his collection, but he must have owned at least 50. I remember he told me once that hundreds went through his hands. Stuff of legends.

Chris is one of the collectors I’ve spend hours with discussing watches, politics, music and booze. Also is he one of the spiritual leaders of the Sons of Saturn on Instagram. Another member of that clan of divinity, is watch collector Luke, aka @greatsoutherntime. Check out Luke’s Instagram account and you will have the answer to the question where the hell all the Ultradives on eBay went last year.

Three in a row

His pride and glory: the white dial MkI

Asking Gianvittorio for his favorite Enicar is like asking a Beatles fan for his favorite Fab Four song. That’s probably why Italy’s biggest Enicar collector send me the photo above. He simply couldn’t choose. Gianvittorio doesn’t really need an introduction, as he has been in the Enicar scene for years and years. He is the gentleman who first made the link between Enicar and Formula One icon Jim Clark. On his own weblog you can read all the ins and outs. There is also a lot of information on his site about the sidecar duo Rudy Kurth and Dane Rowe, Lotus legend Innes Ireland and many more. But most of all, it’s a Walhalla for fans of Enicar chronographs. I wouldn’t be surprised if Gianvittorio will open his own Enicar museum between now and a couple of years.

Jim Clark and his Enicar

Two years salary worth of watches

Birth of the Sherpa: the 1956 Mount Everest and Lhotse expedition