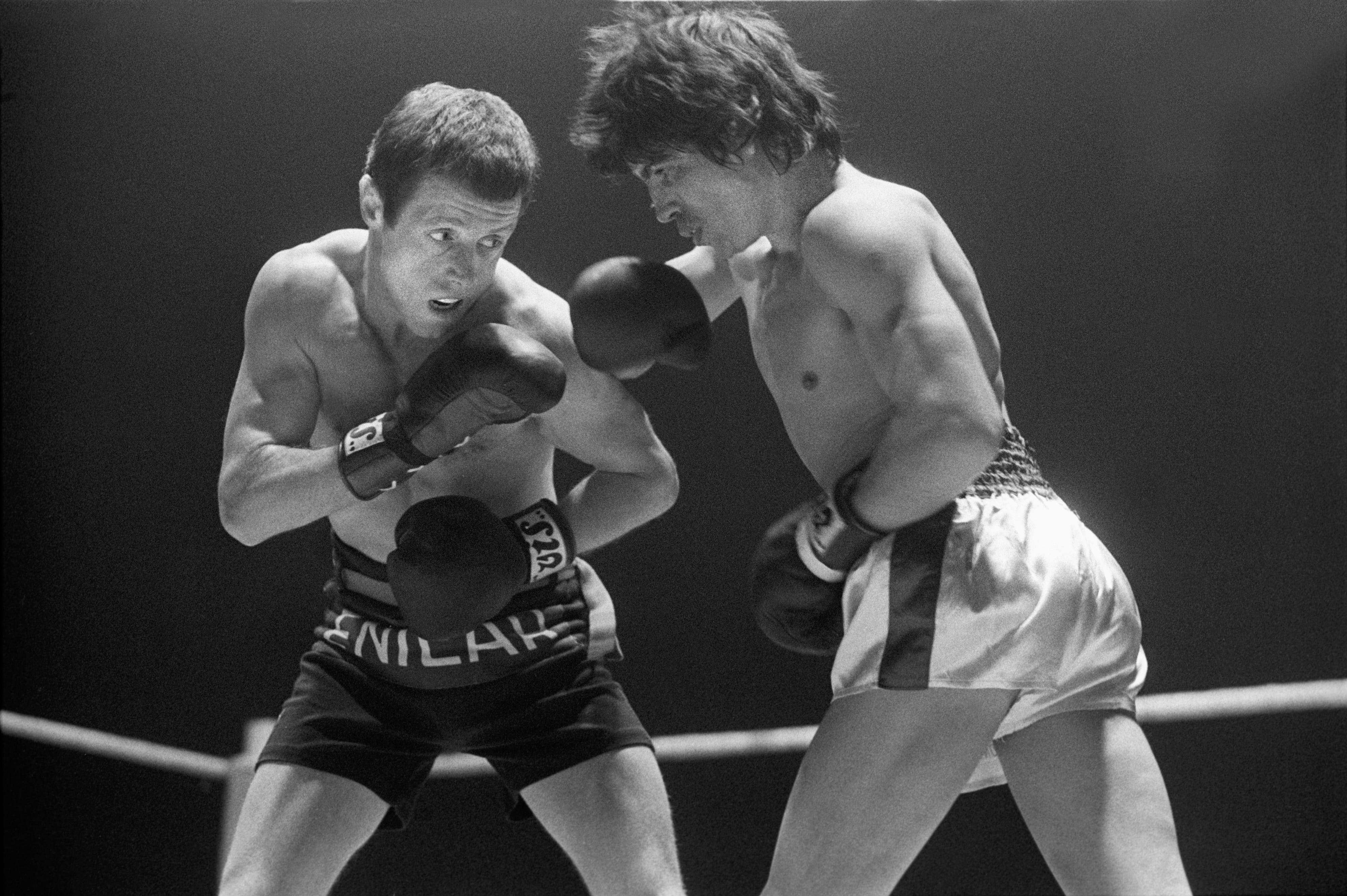 Jordan & Nike, Jackson & Pepsi, 007 & Omega. For many decades commercial brands have teamed up with celebrities to endorse their products to a large audience. A proven marketing strategy, although not without risks. The King of Pop became Pepsi’s posterboy in 1984, but would be surrounded by scandals the last 15 years of his life. Imagine the reputation damage for Pepsi if their partnership had continued.

Already in 1957 Enicar contracted British Formula One racing driver Stirling Moss to be the company’s ambassador. In the same period, British multiple motorcycle Grand Prix road racing world champion Geoff Duke and world top-ranking amateur and professional tennis player Ken Rosewall starred in Enicar’s advertisements. And in 1960, gentleman racing driver Jim Clark was added to the campaign. ‘Champions prefer Enicar’ was the brand’s slogan for many years and it turned out to be a successful one.

In 1973, Enicar supported Bern born professional boxer Fritz Chervet in his European flyweight title fight against Italian champ Fernando Atzori. Chervet already beat Atzori in a title fight in March 1972, but he lost his belt a year later. Chervet was eager to reclaim the crown. In a pair of black trunks with the Enicar brand name and logo sued on, Chervet knocked out Atzori in the seventh round, earning him the title for the fifth time in his career. His best fight ever, according to the sports press.

The event took place on December 26 in the Zürcher Hallenstadion and was broadcasted on national television (a full color recap of the fight can be found here). That broad publicity could have been the reason why Enicar decided to sponsor Chervet for the occasion. Because Enicar and boxing seems to be way less plausible than supporting racing sports, where precision timing is a key factor. On the other hand, Fritz Chervet was a Swiss born athlete, a national celebrity and, apparently, a very modest and hard working man. Chervet was called a ‘good guy’ by his friends and opponents, qualities that certainly matched the Enicar philosophy. After his career ended, he worked as a doorman at the Federal Palace in Bern until 2007. He had to work for a living. To put things into perspective: over his career, Floyd ‘Money’ Mayweather jr. earned an estimated $1.1 billion dollars…

So how much money did Chervet make with this fight? Who knows. The sponsorship deal with Enicar did however earn him a watch. That’s right, a watch! According to Enicar’s corporate journal Saturn, Chervet was invited by Ariste O. Racine to the office in Lengnau and given carte blanche to choose any watch from Enicar’s line-up. Unfortunately, the report does not say which model he picked. Fritz Chervet died on August 29, 2020 at the age of 77, but the family name lives on. Fritz’ nephew Alain Chervet is a professional boxer who fights in the super lightweight division. ‘Gute Technik, eiserner Wille und Disziplin’ is what he inherited from his uncle.