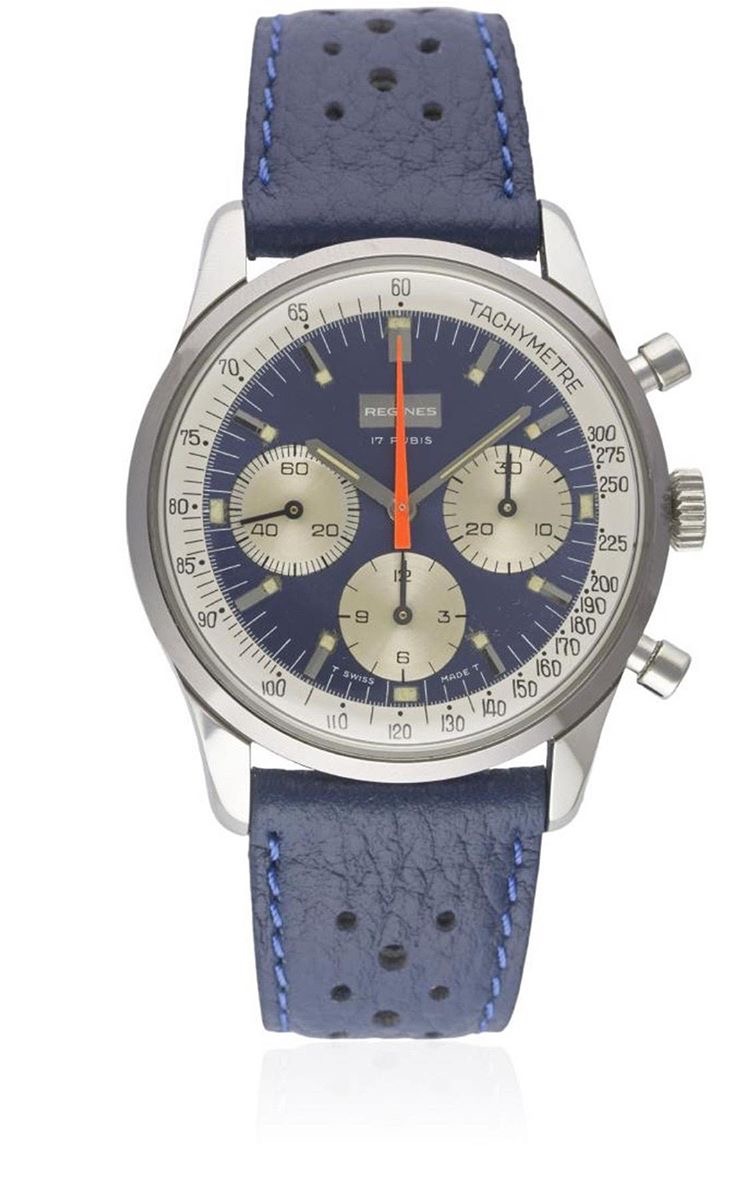 In 2015, the Enicar Sherpa Graph grabbed the attention of many vintage watch enthousiasts. It was covered on Fratellowatches.com and a couple of weeks later, a story about a 15.000 US offer for a MkI ‘Jim Clark’ appeared on the forums. Many were laughing about this offer that sounded outrageous for a non-Rolex/Omega/UG brand. Truth be told, I had my doubts too. But the strong connection between the chronograph and the Scottish racing legend pushed the watch to dazzling heights. Sure, the value of the Sherpa Graph may not have skyrocketed like the Paul Newman Daytona (but what other watch has?); it is still steady in 2018. So steady that it is hardly affordable anymore for many collectors, myself included.

In the slipstream of the Enicar Sherpa Graph, some other models that had been long forgotten suddenly caught fire. These models not only bare close resemblance to the Sherpa Graph, they actually may have been build by Enicar. I have no hard evidence. My list of official registered Enicar sub brandnames, found here, doesn’t show these names. I didn’t find much detailed information about these watches online. But I think I can present a strong case anyway. A big thanks goes out to IG member Dev Singh, @devz77, for his research. Thanks again mate!

Have you looked at a Sherpa Graph MkIb or MkII lately (if not, be sure to check out the excellent websites www.enicar101.com and www.boldwatches.wordpress.com)? The Million depicted above does look very much the same, doesn’t it? Same peddle hands, same tachymetre bezel, same 40mm EPSA made bayonet case and same Valjoux 72 movement.

I wrote about my love for EPSA cases several times on this weblog, because the watch cases of Ervin Piquerez S.A. look magnificent. EPSA contributed a lot to the succes of Enicar’s early dive watches and the sixties and seventies Sherpa models. The Million is blessed with the same high quality compressor case that sits on the wrist like my auntie Rosa on her sofa: comfy and sophisticated.

This chronograph is a bit of a mystery to me. Ol’ faithful Wikipedia says the following: Regina pocket watches were a brand of pocket watches made by Omega that were popular in the early 1900s. The name Regina Pocket Watch was originally trademarked by LOUIS MAIER in Bienne Switzerland in 1888. The name was then trademarked by Omega in 1911, indicating that they bought the company at that time. The National Association of Watch and Clock Collectors describes Regina watches as an inferior brand of Omega, but mentions that some were adjusted highly enough to be used as railroad timepieces, which was the standard for quality watches.

I am by no means an expert on Omega, but it looks more like a MkII Sherpa Graph to me. Take a look at mine for comparison. On the other hand, Omega did have the Speedmaster Ultraman, but apart from the orange chrono hand, it’s a totally different beast. If anyone has more information about the origin of this Regines chrono and the possible connection to Omega, feel free to drop me a message.

Classic trio of pushers and crown

Another very obscure brand from way back when is DeSotos. It seems they offered moderately priced chunky chronographs and divers in the 1960’s and 1970’s. When you take a closer look to the watch above, you’ll discover a Sherpa Graph in disguise. It’s not a very challenging disguise really: the EPSA case gives it away immediately.

The one above was for sale (not anymore) on the website www.vintage-breitling.com. Breitling you say? Well, seller René has a keen eye for Enicar too. He even described this DeSotos as “same as Enicar Sherpa Graph” and mentioned that the movement was actually Enicar signed. Quote: “Movement : Valjoux 72 ‘AR’ (Ariste Racine) signed on the baseplate and Enicar signed on the bridge.”

DeSotos found on the forum of Chronocentric

DeSotos definitely had some great chronographs in their catalog. They show up on eBay and the forums every now and then, so keep an eye out for these.

The Sherpa Graph-like chronographs by Jean Perret Geneve look a lot like the ones from DeSotos. The biggest difference is the chronohand with the rather large lume dot. Not very elegant I think, but that is a matter of personal taste.

A little Google research learns that the brand was founded in 1893. It appears that the Jean Perret Geneve watch company is still in business. Quote from the website: “Jean Perret Montres SA is located in Geneva, Switzerland and has maintained its independence in an increasingly monolithic industry.” The website is pretty scarce on information about past watch models. To be honest, it’s scarce on everything else too. This is just a hunch, but it could be a case of ‘new Enicar from China’, if you catch my drift. If anyone has more detailed information, please let me know.

So there you go, four relatively unknown brands with high class, top quality chronographs in their catalogs. Watches that are technically on par with the Sherpa Graph and equipped with the legendary Valjoux 72 movement. It’s safe to say that these are more or less Enicar watches, as they were probably, partially or completely, made in the Enicar factory. Off course they lack the brand connection with the great Jim Clark. That’s why these are valued lower on the current vintage watch market.

But how were these chronographs positioned back in the early sixties? I’d say as B brands. Just take a look at the DeSotos advertisement below. A potential buyer could purchase one of these directly from the factory in Switzerland. That saved the brand the costs of a retail channel. Actually, it’s very modern when you come to think of it. Current micro brands do exactly the same.

A ‘DeSotos Sherpa Graph’ had a price tag of $79,95 (it was for sale!), while an Enicar Sherpa Graph cost DM. 330,- at that time. Sounds like the DeSotos was cheaper, although the Historical Dollar-to-Marks Currency Conversion Page informs me that one US dollar was worth 4 Deutsche Mark in 1961… Coin collectors and conversion nerds: your help is needed.

Coming up: The handsome cousins of the Sherpa Graph

Upcoming: a trip to Lengnau, home of Enicar